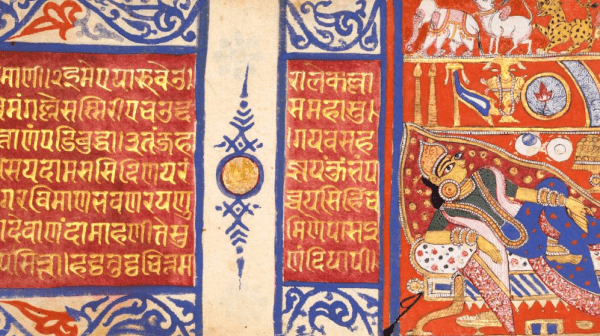 “God spoke once. He spoke in Sanskrit, and that is the divine language.” - Swami Vivekananda

Vedic Sanskrit, the ancestor of Sanskrit, was initially spoken in Indian continents before the time of the Iron Age. This later gave way to Classical Sanskrit, which was used to write several of the great Indian epics, like the Ramayana and Mahabharata. Apart from this, there are a number of reasons why Sanskrit plays a vital role in the past, present and future of the world:

Some of the oldest records were written in Sanskrit

Some of the ancient histories have been written in Sanskrit. It is likely that the writings that make of the Rigveda, which is an assortment of hymns to praise the Indian gods that date back to ancient times. These ceremonial texts were critical in terms of both religion and philosophy.

It has impacted different languages

One of the most commonly spoken languages in India today, Hindi, is colossally derived from Sanskrit, and is actually a register of the Khariboli accent that has been “Sanskritised”. If you take a glance at the other modern Indo-Aryan languages, you'll see that a lot of them directly borrow grammar and vocabulary from Sanskrit. Austronesian, Sino-Tibetan, and numerous languages of Southeast Asia show a connection with Sanskrit too. Some researchers have stated that there are even words in English that were initially Sanskrit words.

Learning every other language becomes easier when you know Sanskrit

It is easier to learn many Indian languages if one knows Sanskrit. This is because most of them are derived from Sanskrit and therefore, have a lot of similarities.

Recently it has been discovered that learning the language of English becomes easier if one knows Sanskrit. Ficino School in the Mt. Eden region of Auckland, New Zealand, has experimented with this theory and found that Sanskrit does provide a roadmap for understanding English.

Because of these many benefits of learning Sanskrit, nowadays there are plenty of virtual platforms that are providing courses for those who are keen to learn Sanskrit online.

It might be true that in India, Sanskrit is not being studied as much as compared to other languages like Hindi, English or Punjabi. However, after realizing its future scope, certain decisions were made to preserve this ancient language by adding this language to the mainstream academic programs, this step is not only by the Government of India but also by other countries as well.

Sanskrit is beyond just a language. More than 95% of the Sanskrit literature has nothing to do with religion, and instead, it deals with philosophy, law, science, literature, grammar, phonetics, interpretation etc.  Also, it is said that soon NASA is going to use Sanskrit as a computer Language. In 1985, NASA scientist Rick Briggs discussed in his paper, “Knowledge Representation in Sanskrit and Artificial Intelligence”, why Sanskrit is one of the best languages to use for a computer. According to him, Sanskrit is the characteristic language where a message can be sent by a computer using the least number of words.

It can be concluded that Sanskrit is an incredible gift given to us by our ancestors. It is commonly believed that learning Sanskrit is hard, however, it’s not impossible. Looking at how the number of Sanskrit speakers is declining, many language-teaching businesses have taken the initiative to preserve this beautiful language, by providing a simpler way to learn Sanskrit online. Since, in this technology-driven world where everyone is on a run, it is much easier to learn Sanskrit online. It is challenging for us whether we can revive Sanskrit and make it a spoken language once again.

Want to learn Sanskrit? Get started with Little guru!