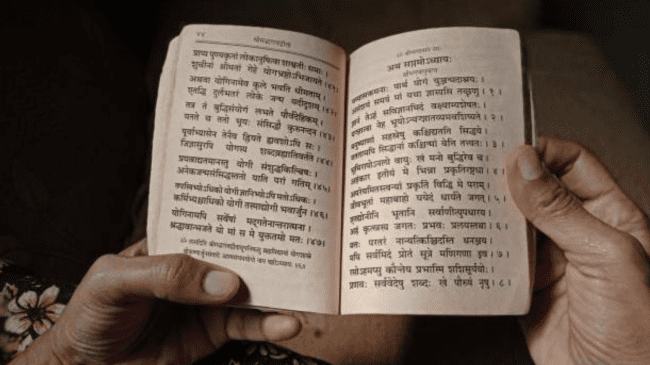 How Sanskrit is Linked to European Languages

India is a sacred land of people where traditions, religions, customs marks it a purest form of devotion. Alongside, diverse languages are found in abundance. One of the classical forms of language is Sanskrit that has historical and religious links for a million decades.

Sanskrit is one of the most imperative languages that has ever been spoken in the human race. Whether it is English, Hindi, German, Spanish, or Latin - you will find that this particular piece of speech has its deep roots in almost every word that originated from it.

As a matter of fact, it is completely unbelievable to assimilate that there are an infinite number of languages that people use to vocalize throughout the world.

However, there are numerous studies that show Sanskrit is the oldest language ever in the history of this planet. Often said, the language got its origin in the ancient times when no other language existed.

In the olden era, Sanskrit is the ancient Indian language that has a great influence because it was the official language spoken by people of that period. Moving forward, other significant linguistic occurrences made its existence familiarized enough for the world.

In ancient India, Sanskrit is one of the oldest languages that has been prevailing since 3000 decades ago. An endless survey and studies have shown its links with many other major languages.

Many philosophers consider Sanskrit as the purest language mainly because of its religious, purposeful scientific objectives.

Scholars were using this language throughout most ancient literature, especially important pieces about mathematics, medicine, astrology, and astronomy. It is still being taught and in many places throughout the world.

The deeply rooted cultural diversity and inter-connectivity of several nations established a thriving presence globally over the years. This fact hence, a proof that why Sanskrit

Why is Sanskrit strongly linked to European languages?

Ancient Indian Sanskrit had evolved drastically into other languages that has created a beautiful fusion of contemporary and modern era’s. There is a massively notable connection between Sanskrit and languages derived from Sanskrit.
As the first and foremost language, Sanskrit had a compelling and profound influence on other languages of other countries such as Spain, French, German, et cetera.
Undoubtedly, Sanskrit and Latin are interconnected due to its inception of various sounds derived from similar words, grammar, or phonetics.
It has an everlasting impact in all the regions around as many of the words have the same sound. For instance, the word ‘matar’ in Sanskrit is popularly known as ‘mother’ in English. Similarly, ‘duhitar’ term of our ancient Sanskrit comes out to be ‘daughter’ in English.
There are umpteen words of such kind who have close references to modern day terms. In Latin and Greek, it has similar sounds that makes Sanskrit as unique as possible.

Languages closest to Sanskrit are diversified due to its ever-growing evolving relationship that took place throughout the years till now.
Usually, we see individuals who want to learn the language in-depth because they desire to stay connected with our roots but couldn’t find ways or a knowledgeable mentor. With the ‘Little Guru’ app, everything comes handy with its most exciting levels, puzzles, quizzes, etc etera of gaining deep knowledge in Sanskrit.

To know more about the Sanskrit app called - Little Guru, contact us for training techniques on how to learn Sanskrit effectively.